The Most Common Causes of Bicycle Accidents in Las Vegas

The Most Common Causes of Bicycle Accidents in Las Vegas

Bicycle accidents, those that result in injuries or are fatal, can happen in many situations. When a bicycle accident happens on the road, it could be the fault of the driver, the bicyclist, or both the bicyclist and a driver can share some blame.

If you were harmed in a bicycle accident in Las Vegas, speaking to an attorney will help you learn more about your rights and options for compensation. The Las Vegas car accident attorney at the Aaron Law Group will aggressively fight on your behalf to get the compensation you need and deserve.

How Do Bicycle Accidents Happen in Las Vegas? 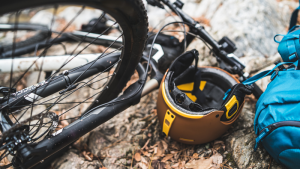 According to the Nevada Department of Transportation, unsafe crossings of lanes and intersections are the leading reason for bicycle accidents. Specifically, when a bicyclist is not adhering to proper safety practices while approaching a crossing, the risk of being hit increases substantially.

Failure to yield appropriately is another common way that a Las Vegas bicycle accident takes place. If a driver or a bicyclist does not allow the proper flow of traffic accidents are far more likely to take place. When riding on the road, bicyclists must follow the same rules of the road that cars do, including letting another vehicle pass when necessary. Likewise, other automobiles must yield to cyclists when they have the right of way.

A bicyclist riding on the sidewalk is more vulnerable to a collision with a car than if they were to ride on the road. Cyclists that are moving along with traffic are more visible to drivers than they are if they are off of the road and on the sidewalk. Additionally, many times a bicyclist on the sidewalk has several hazards to ride around. When an obstacle or pedestrian is on a sidewalk, a bicyclist is going to have to move around it. If the cyclist swerves away from something on a sidewalk and into the road, they can take a driver by surprise and an accident may ensue.

Driving a car while inebriated on drugs or alcohol is illegal and dangerous. The same is true for riding a bicycle while intoxicated. There are several situations where a bicyclist is under the influence of a substance and this leads to a crash.

Many times, it is not the bicyclist who is to blame for an accident. Nevada’s modified comparative negligence system means that even if a bicyclist has some blame for an accident, they may still be able to recover compensation for their damages. To learn more about what your case is worth and what to do to obtain compensation, call a Las Vegas bicycle injury law firm today. The Aaron Law Group is a Las Vegas personal injury firm that can help you file a claim and obtain compensation. 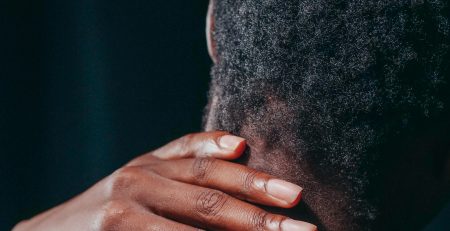 Complications of Whiplash After a Crash

Whiplash is one of the most common injuries reported after an automobile accident. Even minor accidents can still produce... read more